According to a new study in the American Journal of Clinical Nutrition, we’re eating more “ultra-processed foods” (UPFs). That’s not the good news necessarily, but first things first.
What ARE “UPFs”? It’s a relatively new term, probably because just saying a food is “processed” doesn’t tell you much. Even cooking food yourself is processing it, so our home-cooked meals are still “processed”.
(Here’s my easy-peasy primer about the “NOVA food classification system”, and its 4 categories of processed foods, from “minimally processed” to “ultra-processed” — and why there are issues with it, scientifically.)


Findings From The Latest Study 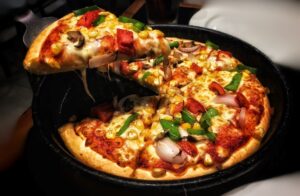 Photo by Karthik Garikapati on Unsplash

The researchers analyzed data from the National Health and Nutrition Examination Survey (NHANES), a huge ongoing database,  to assess changes in consumption of UPFs between 2001-2018, and found:


Here’s where things get interesting. The “headline” may be that we’re eating more UPFs, but a deeper dive into the findings revealed: 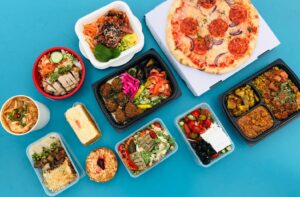 We may be eating more UPFs overall, but these results show we’re eating fewer sweet drinks and more “meal-type” UPFs. Having fewer sugary sodas but more sandwiches and frozen dinners might be a good thing, because these foods can be great “vehicles” for getting more vegetables, fruits, and beans into the diet. Frozen dinners for instance, have come a long way from the “TV dinners” my brother and I occasionally ate as kids (when the parents were out for the evening). Now there are so many more healthful options for frozen dinners that the convenience factor makes it easier to “eat frozen” but eat well.


This is where I have issues with the NOVA classification: it considers convenience foods, like sandwiches and frozen meals bad, but home cooking is good. Fine and well, but it’s not reality today. Convenience has an influence on our choices and, as a clinician, I just want the food people eat to be healthful. The NOVA system doesn’t credit the positive evolution of many convenience foods.


Also, some convenience foods, such as pizza (which, let’s face it, is just bread, cheese and tomato sauce) and breakfast cereal, might actually make it easier for families to eat together more often at home.


Any DOWN Side To Eating Fewer UPFs?


There might be. The study revealed a decline in consumption of breakfast cereals.  That’s troubling, because the vast majority of cereal is eaten with milk, most also has added fruit. Anything that reduces cereal consumption could also negatively impact consumption of minimally processed foods like fruit and dairy.


Uh, that’s exactly what happened. Dairy and fruit intakes are down, although fruit (including juice) wasn’t down significantly, but it’s still way below recommended levels. Yet, NOVA considers even whole-grain cereals to be UPFs if they have so much as a speck of added sugar.

This study’s authors encourage policies that reduce the consumption of UPFs. The authors of the NOVA system go further, recommending avoiding UPFs. As someone who actually works with consumers, including those with low-incomes, I’m concerned about the “unintended consequences” of such recommendations. It would be wiser to employ their use judiciously, such as, to facilitate increasing our consumption of minimally processed – and under-consumed – foods like fruits, vegetables, and milk.

Get This Book: “Zero Waste Cooking for Dummies”!

Wow, the right book at the right time, written by the right author for the job: my colleague, Rosanne Rust, MS, RDN. I have a thing against wasting food. It...

Tomatoes and tomato products (sauce, paste, on pizza, etc.) fit into lots of mouthwatering dishes, but they have a payoff beyond their deliciousness.  Read on. Prostate cancer (PC) scares the...