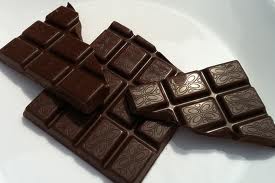 This post is for foodies, so be warned.  None of my usual busting of topical nutrition myths and misperceptions.  This EdibleRx post is about fun, flavor, and enjoyment of a food I love.

I love artisan bread.  I don’t scarf it down indiscriminately, but I love it.  I do make bread, and as a native of San Francisco, I have a special affection for SF sourdough.  Then I visited Poilane.

Poilane is a famous boulangerie in Paris, and known particularly for its huge loaves of sourdough, complete with signature “P”.  It’s made in huge round loaves with an intoxicating aroma, but they’re difficult to haul in luggage.  Then I heard that Apollonia Poilane, the third-generation owner and author of Poilane, a delightful book with the shop’s recipes, would be in New York doing a book signing.  Loaves of her sourdough would be for sale at the signing, so I was all in.

The book and the bread weren’t in though – both had sold out before the event!  No mystery: both are fabulous.  Apollonia’s conversational writing style makes you feel that she’s right there with you.  With a forward by Alice Waters and endorsements by luminaries like Ina Garten (“The Barefoot Contessa”), I couldn’t wait to get this book.

At a second signing a few days later, we were first in line for a book and a loaf, and had an absolutely wonderful, lengthy chat with Apollonia.  We’d mentioned we’d be in Paris a few months later and she invited us to visit her at the shop that started it all and even tour the basement where the ovens are that make that fabulous bread. 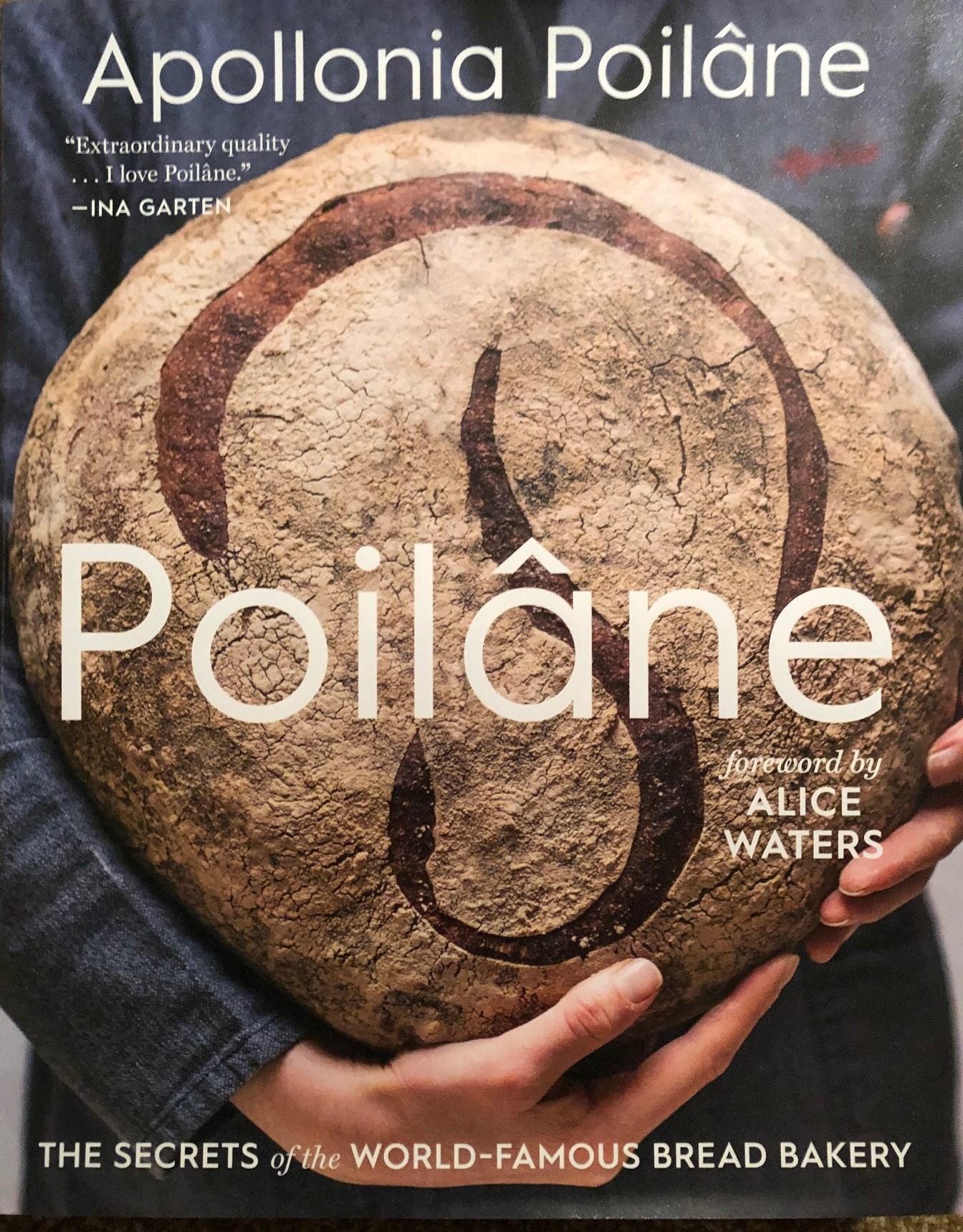 We were put in touch with Genevieve, who’s worked for the family for over 20 years and who arranged our visit for us.   She explained that the family business was started by Apollonia’s grandfather in 1932.  That’s when he developed his sourdough starter, or “mother”, and all the sourdough starter used since descended from that first batch.  Every day, a little of the dough from each batch is saved as starter for the next.

Apollonia’s father eventually took over the business, but Poilane’s reputation was growing and the small shop on the Left Bank couldn’t meet the demand for Poilane’s bread and rolls.  To scale up production, Mr. Poilane built the “Manufacture”, on the outskirts of Paris.  Despite larger-scale output, every loaf of sourdough is still made by hand from some of that original starter culture.

Tragically, both of Apollonia’s parents were killed in a helicopter crash, forcing her to step up as CEO at the age of 19, while a student at Harvard. Dealing with her parents’ death and becoming head of the family company was, Apollonia admits, a strain, with added pressure to uphold Poilane’s reputation for outstanding quality. To Apolonia’s credit, she’s managed to maintain the famous hand-made, artisan quality of Poilane bread – and the deliciousness of the taste – yet still meet production demands.

Apollonia brought us down the steep circular stairs, where we observed the brick ovens which, other than making needed repairs over the years, are pretty much the way they were in 1932.  They operate round the clock, with each loaf shaped by hand, by gifted artisans who know the exact size each loaf should be.  There’s a scale, but it’s seldom used by Poilane’s experts.  Everything for the shop is made there, with the Manufacture supplying orders for the rest of France.  (They do ship worldwide, and sourdough keeps well. Order here!)

Apollonia includes the recipe for her family’s sourdough in her book, Poilane, but I have to admit, even though I love baking bread (by hand – I like kneading it!), the thought of trying to make the Poilane recipe is intimidating.  She reassured me, “It’ll be different, because it’s your starter, not ours, but ours has been evolving for over 80 years.”  Fair enough.  I also confessed to favoring it over my beloved San Francisco sourdough, but she reminded me SF sourdough is a different thing.  Makes sense.

Taming a Big Round Loaf of Sourdough

I wrapped three quarter-loaves in plastic wrap and placed into freezer bags, keeping one to use right away.  THIS loaf defines why bread is the staff of life. 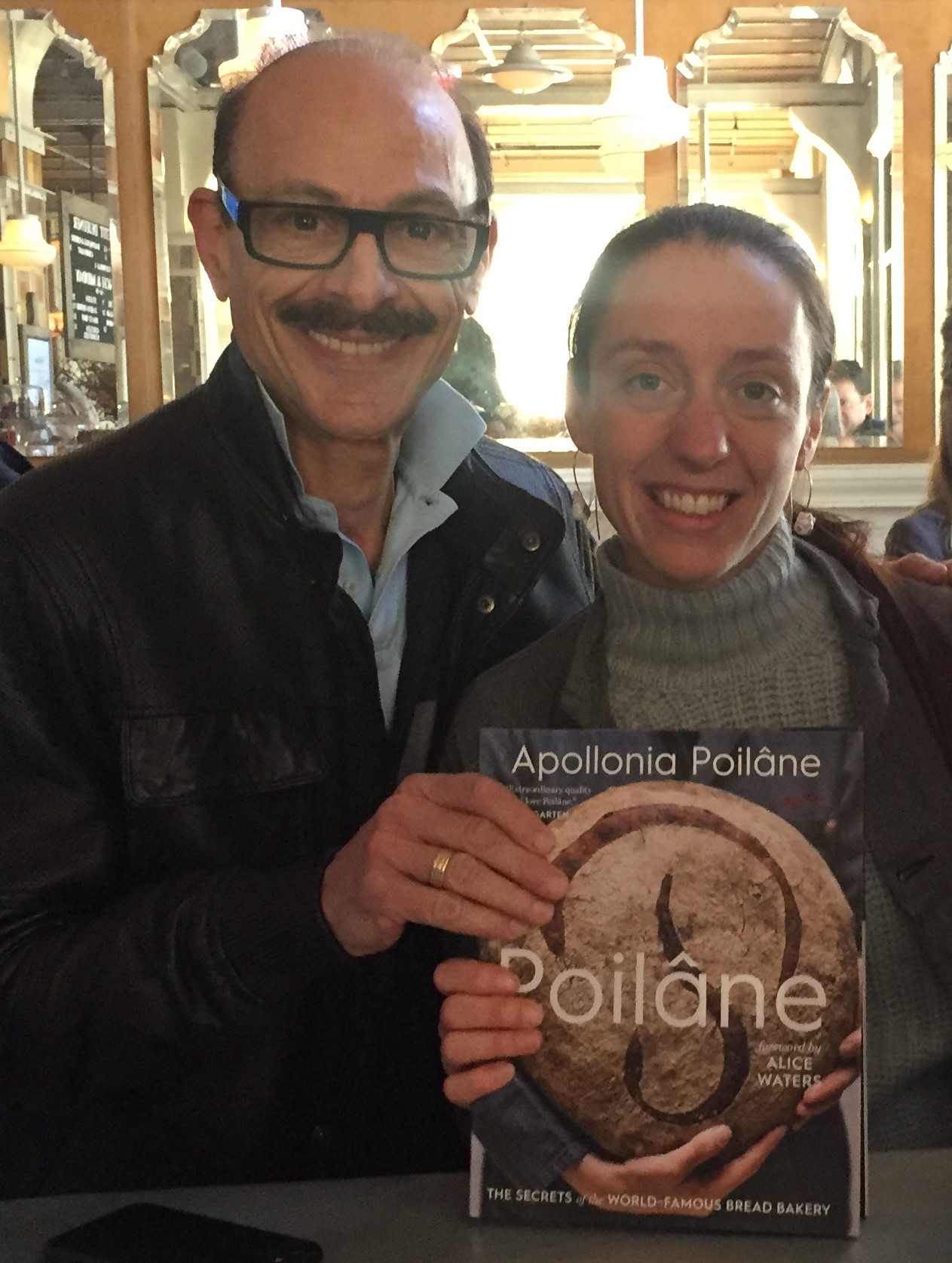 There IS a Better Way To Make Toast

Huh?  Sounds like instructions for boiling water?  Wait – Apollonia advises toasting Poilane’s sourdough under the broiler on one side only.  It gives you the crunch of toast but also the chewiness of the softer side.  I’m a convert.  Spread with butter if you like (I even like it plain, for the taste of the sourdough).  What kind of cheese is best for toasting under the broiler?  Without hesitating, Apollonia replied, “Oh, anything that melts!”

Factoid: There is a London branch of Poilane, but the starter is still from the original.  Apollonia’s father took some of the starter on the “Chunnel” train from London to Paris, to make sure that Londoners would be eating sourdough that came from the original starter culture, just as Parisians do!

It’s coming up on Fashion Week in New York and while that’s all about styles of clothes, foods come into – and go out of – fashion, too.  A previous post dealt with foods that nutritionists never thought would become popular, yet they did just that.

Now think of the foods that were “in” — for a while.  I actually heard or read these comments recently:

People may be “done” with kale, but is it less healthful than it was when it was “in”?  Of course not. It’s a superfood.  A baked potato is one of the best sources of potassium, even better than a banana, and has as much vitamin C as a tomato!  It always has!  Even so, all the buzz is that white potatoes are bad and sweet potatoes are a little better, but still a “starchy vegetable” to be eaten in minimal amounts. (Thanks, Harvard.)

Fashion eating aside, the nutritional qualities of these foods have ALWAYS been there.  Whether it’s kale or cauliflower, or They’re as nutritious today as when they were first “discovered” by food fashionistas.

Sometimes fashionable eating can have benefits.  I love anything that gets people eating more veggies, yogurt, and whole grains of any kind.   But I get concerned that people strop eating these foods when the trend fades and the benefits also go missing from their diets, especially if they replace them with something less healthful.  (Example: plant-based “milks” are more hype than benefit.)

Work it.  Let food fashions motivate you to try a new food.  If you like it, keep eating it!    If it’s nutritious and out of fashion, it’s still just as good for you as it was when everyone else was eating it to be “in.”  Never be intimidated about eating healthy food you like.