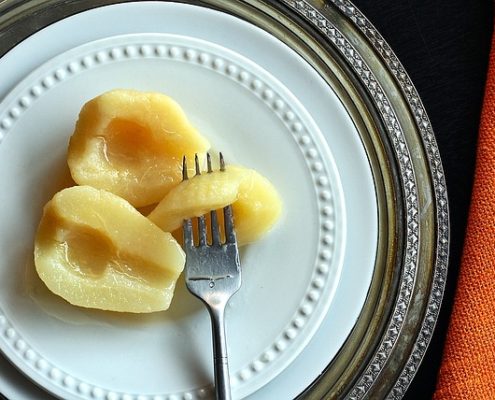 You can’t hear any conversation about food these days without hearing about “processed foods”.  Nutrition experts, medical experts, and those who talk about food a lot all seem to be saying the same thing: processed foods are to be avoided or at least minimized to the greatest extent possible.

It’s easy to join the pile-on but as with everything in life, the processed food issue is not black and white.  Why?

News flash: ALL FOOD IS PROCESSED

Unless you bite an apple off the tree, it’s probably been processed.  Indeed, the act of washing your fruits and vegetables is a form of processing them.  Peeling, chopping, drying, and cooking are all ways of “processing” food.

Processed food has a spectrum, and a group or researchers based at the University of Sao Paulo, in Brazil developed a system is called “NOVA” that classifies all foods into four groups.  In a nutshell:

o   combinations of foods in this category, like granola if made with no added sugars. It also includes enriched white rice.  Fair enough.

o   “Unpackaged and freshly made breads.”

o   “Most processed foods have 2 or 3 ingredients.”

o   Yogurt sweetened with sugar or a sugar substitute.

o   Breakfast cereals (sweetened or not)

The authors’ advise avoiding category 4 foods altogether, as they, “damage culture, social life, and the environment.”

WHOA!  Absolutely no scientific evidence for that.

The NOVA system: Science or Ideology?

The system seems based more on politics, philosophy, and ideology than science. Examples:

The scale of production seems more important than what’s in the food itself. Science doesn’t support this. Large-scale production is the only way you’re going to feed hundreds of millions of people every day.  Foods like packaged whole-grain bread and sweetened yogurt, Greek or conventional, can be a terrific part of a very healthful diet.

This tool will probably be idolized but the developers seem to be speaking to an elitist audience that is disconnected from the realities of the people they need to reach.

As a practicing clinician and registered dietitian for over 30 years, whole grain breakfast cereal is a lot more nutritious than candy.  These foods should be far apart from each other when speaking about nutrition.  It’s also unnecessary to “avoid” any food (unless you’re allergic).  Eat less candy and empty-calorie drinks, yes, but I’d like people to eat more whole-grain cereal and yogurt – sweetened or not.  These are nutrient-rich foods that are underconsumed.  There’s no reason to feel guilty about eating them.

People eat food, not philosophy.  After all, it doesn’t’ become “nutrition” until someone eats it.  My philosophy? I’d argue that the cell phone — or “personal device” – has done more damage to our eating habits and lifestyle than breakfast cereal and sweetened yogurt.