The Food & Drug Administration (FDA) recently proposed updating the definition of “healthy” for the purposes of food labeling, to align it more with the 2020-2025 US Dietary Guidelines for Americans (DGA).

This may be my most challenging post to date, because the proposal give me very mixed feelings, both pro, and con.

Nutrition science constantly evolves. We know more now.  The current “healthy” term, in place since 1994, sets limits on total fat, saturated fat, cholesterol and sodium. A food labeled “healthy” must also have at least 10% of the Daily Value (DV) for at least one of these nutrients: vitamin A, vitamin C, calcium, iron, protein and fiber.” The goal of the label: to “help consumers maintain healthy dietary practices.”

Plus, the current definition disqualifies some terrific foods, like salmon and almonds, due to their fat content, even though the type of fat they have is good for us. The new rule focuses on limiting saturated fat, not total fat. More on that later. 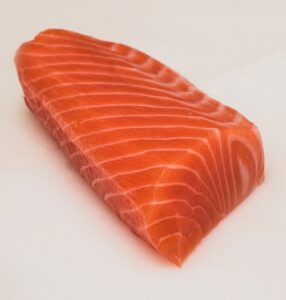 Photo by Abstral Official on Unsplash

The DGAs recommends the maximum “Daily Value” of sugar and saturated fat we should consume is “less than 10% of the total calories” per day.  For sodium it’s 2,300 milligrams/day, using a 2,000 calorie diet as the reference.

The “healthy 2.0” label would put that “10% limit” on individual foods, not an overall diet.

The result? A serving of food labelled “healthy” has a MAXIMUM of:

All whole fruits and veggies are fine, as are nuts and seeds, avocados, and most fish and liquid oils. 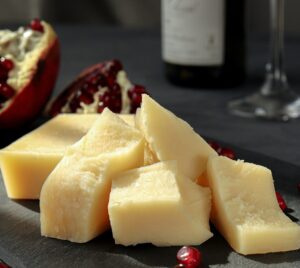 Photo by Aliona Gumeniuk on Unsplash

What COULDN’T be labeled “healthy”:

Why This Proposal Has Me Boiling 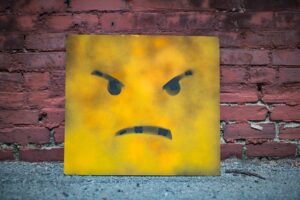 Photo by Andre Hunter on Unsplash

These requirements are too heavy a lift for a single word. “Healthy” is even the wrong word, according to Connie Diekman, registered dietitian-nutritionist and former president of the Academy of Nutrition and Dietetics. “Food cannot be healthy but it is healthful as it nourishes our body!” she explained. “Foods can be packed with lots of nutrition but until we consume them they can’t provide any health benefits,” she said. It’s more about their potential, “thus they are full of health or healthful!”

Per Diekman’s explanation, many foods that are healthful in the context of your total diet, WOULDN’T be labeled “healthy”.

“Healthy” Is A SPECTRUM, Not An Absolute

People tend to like definite, clear concrete labels and boundaries, but food doesn’t work like that and neither does health.

Indeed, overall balance and context are everything. Concrete examples: 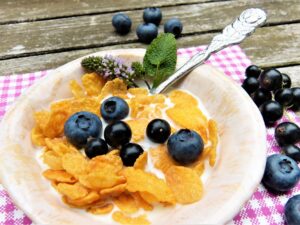