Is the Med Diet a Dead Diet? No – Despite Retractions

Is the Med Diet a Dead Diet? No – Despite Retractions

But the Mediterranean diet did get a kick in the keester. The New England Journal of Medicine just published a retraction of the 2013 PREDIMED study because of flaws discovered in the randomization methodology. Basically, it found that about a fifth of the 7447 trial subjects weren’t randomized properly, which could have allowed bias to creep into the data.

PREDIMED was a study on the Mediterranean diet and its impact on cardiovascular disease, specifically heart attack, stroke, and cardiovascular-related death. The study was intended to go on for 7 years but was stopped after about 4 years because the results were so dramatic that it was considered unethical to prevent the participants on the control diet from benefitting from the Med diet.

Subjects were supposed to have been randomly assigned to one of three groups:

• Instruction on the Med diet and provided free nuts (about 30 grams daily of a mix of almonds, hazelnuts, and walnuts);

• General advice on a low-fat diet. After 3 years, this group would also have additional dietary instruction.

Where did things go awry?

For about a fifth of the 7447 participants, randomization didn’t happen. They point out several ways the randomization failed for these participants, and these failures didn’t seem intentional or malicious. Probably due to site technicians who were poorly trained, poorly supervised, or sites that just weren’t run efficiently.

The authors completely re-analyzed the results of the study and published them here.

Did the corrected analysis change the results?

Yes. The results are still good, but not as dramatic. The Med Diet with either nuts or EVOO showed benefits only for reducing the risk of stroke, but not heart attack or other cardiovascular event.

We shouldn’t dismiss the Med diet though.  Although the PREDIMED study had flaws, other Med diet studies have shown positive results.

What holds true about the Med diet

• It doesn’t require major dietary changes, yet still has at least some cardiovascular benefits.

As a clinician who has spent years helping people change their eating behaviors, a diet with these attributes hits the tri-fecta.

Where the Med diet could improve

A 14-item questionnaire was used in the PREDIMED study to determine a “MedDiet Score” of adherence to the diet. Some of the questions are a bit odd, if not troubling:

• Why are homemade pastries OK but “commercial bakery” items discouraged?

• Why are “red and processed meats” grouped together? More to the point, why is lean red meat in the same category as fatty, salty sausage?

• There is absolutely no mention at all of dairy foods, milk, yogurt, or cheese, either low-fat or regular? Yogurt and cheese are nutrient-rich and present in a Med Diet, even if not adequately so. 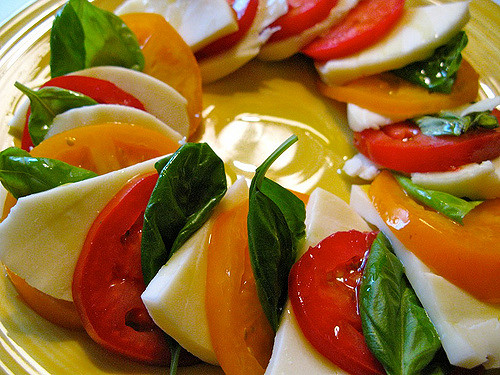 It combines the best of the Med Diet with the DASH (Dietary Approaches to Stop Hypertension) diet. Both emphasize lots of fruits, vegetables, legumes, but DASH makes up for what’s missing from the Med Diet and the diets of most people: dairy nutrition.

The Med Diet, for all it’s advantages, is low in calcium. Even the 2015 US Dietary Guidelines for Americans, which praises the Med Diet, acknowledges the likely lack of adequate calcium in the Med Diet.

A calcium supplement alone cannot replace the nutrition-rich package in dairy foods.  With a MediterDASHean Diet, you just do the Med diet but include at least 2 servings of dairy foods daily – full-fat, low-fat, or non-fat, whatever your calorie needs allow. Personally, I get three servings and happily so.

The Med diet discourages “red and processed meat” but it’s not clear why. It’s even less clear with a new dynamite study that looks at what happens when a Med Diet swaps out lean poultry for lean beef and pork. It’s my next post, so watch this space!