How YOU View Food & Health: “And the Survey Says…”

How YOU View Food & Health: “And the Survey Says…” 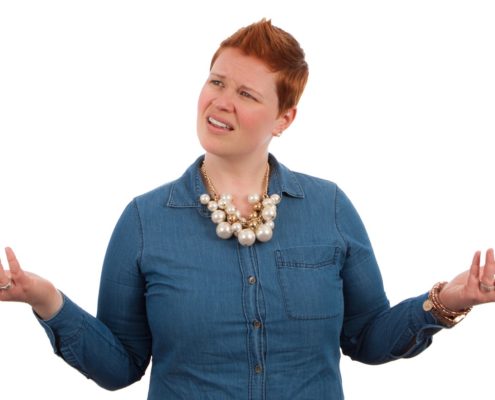 To “cut-to-the-chase,” consumers are confused!  How confused are they?  Here are some highlights:

More than 3 in 4 consumers actually rely on the people closest to them for at least some of their nutrition advice.  They’re skeptical about it, though.  About 7 in 10 don’t exactly have high trust in these folks for nutrition and food safety info.   Friends and family mean well and don’t speak “nutrition-ese”, so they’re easy to listen to.  Things change however, according to Tony Flood, senior director of food safety at IFIC, who noted, “For concerns such as foodborne illness and chemicals in food, news articles tend to be the top source to influence consumer opinion.”

Smart, because the “hallway advice” from friend and family, has a downside: inaccurate or incomplete information fuels food and nutrition myths.  No one wants to make food decisions and purchases based on flawed assumptions.  Here’s what the IFIC survey had to say about that:

Let’s at least clear some confusion about the above points:

As a clinician of over 30 years, I try every which way to make certain that a patient in my office leaves with clarity, not confusion.  Why? Because a confident patient/consumer is motivated to make positive changes!  A confused consumer says, “no” and stays put.  Exactly what I don’t want. Eating is more than just nutrition.  It’s about enjoyment.  If you’re confused or conflicted, where’s the fun?

Consumers said they trusted health professionals, especially registered dietitian/nutritionists (RDN), the most, even if they didn’t go to them as often as other sources.  It might be worth it to have a chat with an RDN.  It’ll help stop your confusion about food and get you more confident about the choices you make. As my colleague Carolyn O’Neil says, “The more you know, the more you can eat.”

Another way to clear the confusion? Sign up for my newsletter.  That’s an easy, positive change right there.