**NEWSFLASH**  I’ve joined the website The Chocolate Life, as author and contributor.  Check out my posts here.

It’s nearing Valentine’s Day, a.k.a., The Big Chocolate Holiday, and fine chocolate is top of mind for many. (It’s on my mind 365 days a year.) Describing chocolate as “fine” however, may not mean what you think.

The National Confectioner’s Association has their own way of distinguishing “fine” chocolate from what they call “premium” and “mainstream” chocolate. I’ll “cut-to-the-chase”: 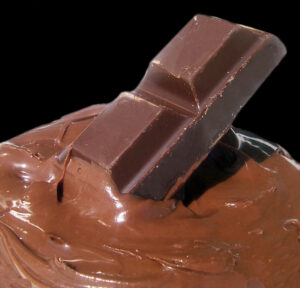 Cocoa beans come in many varieties, but the three main ones are: 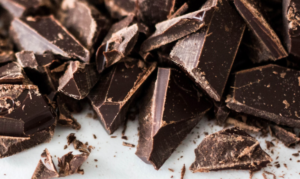 Why’s The Price So High?

Fine chocolate — especially “craft” or artisan chocolate — isn’t cheap. It just isn’t. Small craft chocolatiers can’t buy in bulk, and the best cocoa beans are produced in relatively small quantities. At every point on the road from bean to bar, it’s labor-intensive work.

Be sure what you’re paying for, though. Elaborately decorated boxes and packaging, especially around special holidays, make a great gifts, but when buying for myself, I skip it. If it’s truly fine chocolate, I also shy away from bars that have lots of “bulk items” added. When bars are loaded with whole hazelnuts, macadamias or dried cranberries, they bring curb appeal but also add non-chocolate weight. If I’m paying $10 or $12 for a 75-gram bar of artisan chocolate, I don’t want cheaper add-ons taking up space!  Flavorings, OK. Groceries, no. Just a personal preference.

I liken a high-quality craft chocolate bar to good wine. I don’t gulp either one. Just savor, enjoy, and don’t rush it.

Final word: The above is my take on fine chocolate.  You deserve your own preferences so eat the chocolate YOU enjoy!