COVID-19 Sheltering: The “Big Pause” Is Cleaning Our Air

COVID-19 Sheltering: The “Big Pause” Is Cleaning Our Air

This post is a collaboration with Beef. It’s What’s for Dinner, on behalf of the Beef Checkoff, as part of my role as a member of the Beef Expert Bureau.  This post was reviewed for accuracy by USDA.

Staying home has made us all a little grumpy and impatient.  I love banana bread, but if I see one more recipe for it, I think I’ll explode.

Take note of how drastically “The Big Pause” has changed how we live: 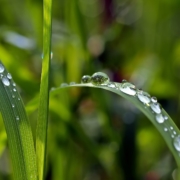 Global Sheltering: An Environmental Experiment That Could Never Have Been Done

We’re subjects in an environmental research study that would ordinarily be impossible to do.  Believe it or not, there IS something good about staying home.  The good in the air is the air itself. A new report from IQAir, a Swiss-based air tech company, found an unprecedented improvement in air quality since the world started to shelter in place.

This report looked at levels of “PM2.5”, which stands for “particulate matter with a diameter of 2.5 micrometers or less”, in 10 cities around the world during a 3-week lockdown period, and compared them to the same periods in 2019.   Of all air pollutants, the PM2.5 category is considered the most hazardous to our health.  A detailed explanation is available here.

Lockdowns in each nation started at different times, but most of the 3-week time periods ended on April 13, 2020.  Some examples of the PM2.5 reductions:

Peer-reviewed publications have also weighed in.  This recent study on air quality in India echoes the IQAir report. It looked at changes using the Air Quality Index, which measures greenhouse gases (GHG) and particulates in the air, using a scale from 0-500 with 0 being healthiest levels and 500 being unhealthiest levels.  In Delhi, the Air Quality Index (AQI) averages around 175 (“unhealthy”).  At the end of the 3-week period, it fell within the “good” to “moderate” range, levels that have seldom been seen – or inhaled – more than a few times in the past several years. 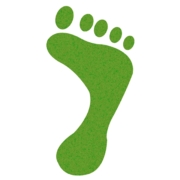 Prior to COVID-19, if anyone had asked the question, “What’s the biggest contributor to greenhouse gas (GHG) emissions, a likely response, albeit incorrect, might have been, “all the methane from animals, especially from beef and dairy.”  However, the transportation sector is consistently the largest contributor of greenhouse gas emissions.

The better air quality since the lockdown, however, occurred with stable livestock levels, evidence that this huge improvement in air quality was not agriculture-related. Indeed, India is nearly 38% vegetarian, so beef consumption per capita is low, yet it saw some of the most significant reductions in GHG emissions during the periods studied.

According to a 2005 report issued by the Intergovernmental Panel on Climate Change, issued (doc page 46, PDF page 63), “Since 2000, GHG emissions have been growing in all sectors, except in agriculture, forestry and other land use.”  Indeed, global GHG emissions from agriculture have DECLINED since 2000, likely owing to advances in agricultural science, better farming technology and animal science practices, given that production has improved and the human population has increased during this period.

I cannot speak to farming and livestock practices everywhere in the world. I do know, however, that livestock raised in the US, particularly beef and dairy cows, are raised much more efficiently, with better land stewardship and modern practices, than elsewhere in the world.

I support whatever eating style you choose, provided it’s balanced, healthful and enjoyable for you.  But first get all the accurate facts and credible evidence available to you.  Then, you know you’re making an informed choice.