Cadmium In Chocolate? Should You Worry?

Cadmium In Chocolate? Should You Worry?

I read a lot of research journals. The field of nutrition constantly evolves, so keeping abreast of the latest credible evidence is the only way to stay current.

When I learned that chocolate – the cocoa (or “cacao”) bean contained the trace metal cadmium, I had to get educated. Two reasons: Cadmium is a trace metal that can be toxic, and if it’s in food, I want to know about it. Another reason? It’s personal. I really like chocolate, as followers of this website know, so do I need to worry?!

I searched PubMed, the clearinghouse for biomedical research journals, for “cadmium and cocoa”. I was shocked. The long story, shortened:

What I couldn’t find was damaging evidence linking chocolate and cocoa powder to heavy metal toxicity. Exceptions could be found for crops grown on ground that was known to be contaminated with cadmium-laden industrial waste, but cocoa trees in Latin America tend to be grown close to the Amazon rainforest, not where there is a lot of industrial waste. 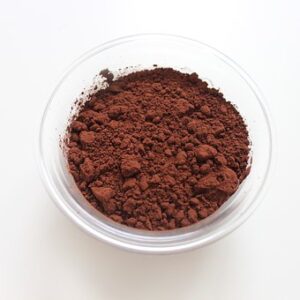 NEWSFLASH! Chocolate is NOT where we get most of the cadmium in our diets! That credit goes to other foods we want people to eat: leafy greens, whole grains, potatoes (all forms, folks, not just fries!), which are also “bio-accumulators”, according to two studies on children and adults that used data from the National Health and Examination Survey (NHANES). Chocolate was grouped with “sugars and sweets” and the whole category ranked dead last for providing cadmium in the diet, even in kids.

I WANT people to keep eating leafy greens and whole grains, as well as other “cadmium-containing” foods like nuts, berries, and yes, potatoes. Besides, it’s not the cadmium you eat, it’s what you absorb. These healthful foods are loaded with fiber and phytates, both of which hinder cadmium absorption. 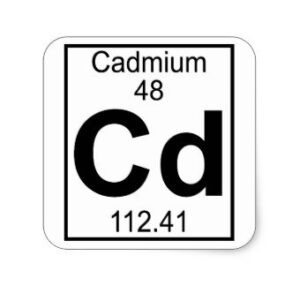 Do YOU Absorb Too Much Cadmium?

Getting your blood tested for cadmium is the only way to know if you are “cadmium-toxic.” So I did just that.
While I probably eat loads more leafy greens, whole grains, nuts, and especially berries than most people, I go through cocoa powder like no one’s business – about ¼ to ½ cup of the stuff a day, in my hot drinks. Additionally, my favorite chocolate bars are high-percentage, single-origin bars from Central and South America. If anyone has a high blood level of cadmium, I figured I would.

My test was done by Quest Diagnostics – a huge national lab analysis chain used by many, if not most, hospitals in the US. The results come as units of “micrograms per liter” (mcg/L). Reference ranges are as follows:

My level: 1.3 mcg/L, well within the reference range and WAY below toxicity levels. I see no reason to change my current cocoa powder consumption.

So Why The Scare?

I spoke with food consultant Martin Slayne, a global expert on chemical contaminants in food, including heavy metals in cocoa. His concern was that a recent report by the House of Representatives Subcommittee on Economic and Consumer Policy created confusion by implying all foods could meet the same low level as in water. He said, “Such low levels are achievable in water. The reality is that crops grow from soils, made up of chemicals, with some unwanted naturally-occurring chemicals not always avoidable. Following best practices and ensuring that levels pose only low risk, based on science, is the key. This both protects health and ensures standards are achievable for the food supply, without creating unnecessary food waste.”

As for cadmium in cocoa, Dr. Slayne said, “Scientific risk assessment has shown this is a low risk minor source. Focusing achievable standards on the bigger contributors to the diet makes most sense.”

Such focus should continue, as it’s possible that young children are more vulnerable to dietary cadmium, even if no significant risks appear evident at present. 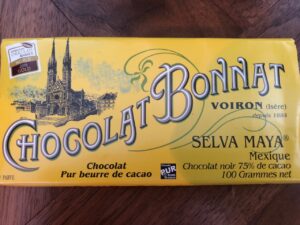 As part of my “research” for this post, I waded through an outstanding bar: Bonnat’s Selva Maya, made from cocoa beans from Mexico. We’ll call this empty wrapper part of my “evidence base.”

To read my original article on this topic, and a lot of interesting other info on chocolate, check out The Chocolate Life website.