Buy the “Dirty Dozen”, Don’t Buy INTO It

Buy the “Dirty Dozen”, Don’t Buy INTO It

The Environmental Working Group’s latest annual “Dirty Dozen” list of fruits and vegetables with the most pesticide residues could scare any consumer away from eating produce.  After seeing the EWG list, what mom wants to put strawberries (they’re usually #1) onto their child’s cereal?

Me?  In the 24 hours before this list was issued, I’d eaten 6 of the dirty dozen, and glad I did. But only 1 in 10 people actually eats enough fruits and vegetables. Some people still seem hesitant about eating these healthful gold mines of taste and nutrition. 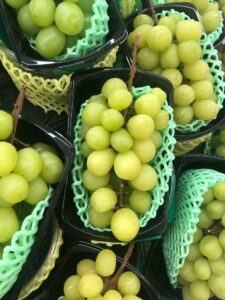 Photo by Elianna Friedman on Unsplash

Lists like this contribute to too much bad buzz about produce. Some troubling comments I’ve heard about fruits and veggies in the past year:

The EWG uses US government data to rank the levels of pesticide residues on fruits and veggies, so you might think it’s hard to argue with their list. When I read one of the first lists they issued years ago, along with their “explanation”, it scared me, too. Then I learned how to think more critically, and I noticed what was missing: context! Let’s unpack this.

Carl Winter, a respected extension toxicologist emeritus at University of California, Davis, has concerns about the Dirty Dozen and how it has been communicated by EWG. He explained in a recent interview, “To accurately assess consumer risks from pesticides, one needs to consider three major factors:

1) the amount of residue on the foods,

2) the amount of food consumed, and

3) the toxicity of the pesticides. The methodology used by EWG ignores all three.” (Emphasis mine)

He’s 100% right. Without proper context, yakking about pesticide levels in produce is irresponsible.

Are YOU at risk? Are Your Kids?

Short answer: NO, but, don’t take my word for it. As Dr. Winter noted, to assess your own safety, and that of your family, you must know how toxic a pesticide is for the amount you’re eating. You can easily find this out.

The Alliance for Food and Farming is a non-profit organization that represents both organic AND conventional farmers of fruits and vegetables. Their Safe Fruits and Veggies Calculator is a fabulous tool that calculates how many servings of a fruit or vegetable you’d have to eat in 1 day to reach maximum allowable pesticide residue ever recorded for that food. They have calculations for men,  women, teens, and children. 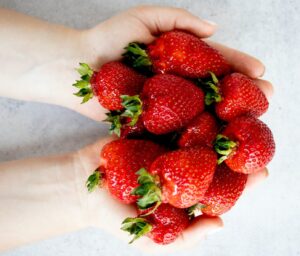 Photo by Tetiana Bykovets on Unsplash

Strawberries: 181 servings (1/2 cup is a serving) in ONE DAY “without any effect, even if the strawberries have the highest pesticide residue recorded for strawberries by USDA.” An adult woman? Figure 453 servings (226 cups!) before you’d reach that level.

Bottom line: that’s never going to happen, and it’s OK to feel safe about eating strawberries (I do). If any child or adult consumed this many servings of strawberries in a single day, I doubt pesticide residue would be the biggest concern.

So…How Is Toxicity Of Pesticides Determined?

For each pesticide, there is a scientifically validated “No Observable Adverse Effect Level (NOAEL). From there, an Acceptable Daily Intake” (ADL) level is calculated. The specifics:

The USDA’s Pesticide Data Program (PDP) monitors the produce in our food supply, domestic, and imported, and collected from different locations at different times of the year. The PDP’s latest report was published in January 2021. Not all fruits and vegetables are monitored every year, but there’s a regular rotation of monitoring. That’s why this year’s list seems remarkably similar to their list of 2019 and even 2018.

The PDP report has consistently reported:

Would Buying Organic Be Safer?

There is no evidence that organic produce is safer or healthier. It’s not necessarily pesticide-free, either. Over 200 pesticides are approved for use on organic crops, including some synthetic pesticides under certain circumstances. USDA doesn’t test organic produce though, so the EWG doesn’t report this.

The EWG also publishes a “Clean 15“, but based on the facts above, it’s nearly irrelevant. Log on and you’ll be asked at nearly every click to donate money.

Cut-To-The-Chase takeaway: Let’s stop persecuting produce and start eating more of it. Eat a wide variety of fruits and vegetables, every day. Feel good about it.

March should probably be called International Nutrition Month, as this year’s theme is “Celebrate a World of Flavors.” It’s all about appreciating how many different cuisines there are in the...

Some people are surprised to learn that I, as a registered dietitian-nutritionist, eat meat, including beef.  For some reason, they think that eating beef puts someone into a category of...

“Processed foods” have become the new trans-fat. Nearly everyone talking about all processed foods hits them with a “nasty” stick. Technically, unless you bite an apple right from the tree...

The poor potato has been playing defense for years now.  I speak of “white potatoes”, the poor stepchild of sweet potatoes, which have become the darling of the “starchy vegetable...

“Clean food is healthier.” “Only eat foods with ingredients you can pronounce.” “Only buy foods with clean labels.”  Sound confusing and exhausting?  I agree!  Do you have to do all...