Believing Junk Is Even Worse Than Eating Junk

Believing Junk Is Even Worse Than Eating Junk 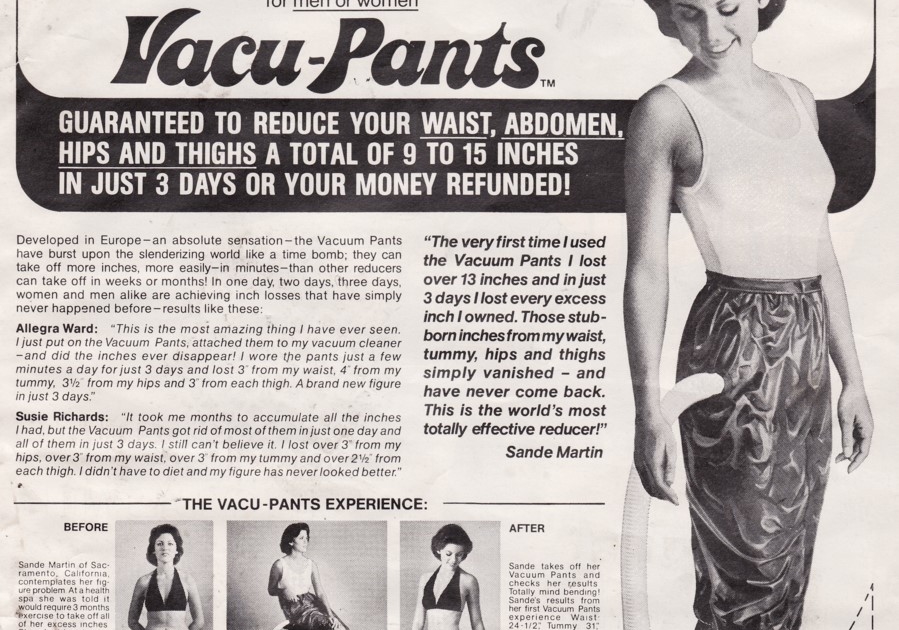 If you’re of a “certain age” you’ll remember “Vacupants.” You hook up a vacuum to the hole in the special “pants” and the fat melts off.  The idea was that it somehow “vacuumed” away the extra weight.

You might think this could never happen in the age of digital media but you’d be wrong.  It happens plenty, just differently.

The food, nutrition, and diet world is loaded with sensational and extreme headlines and promises.  We gravitate towards the sensational. The promise of a quick fix has a magical way of grabbing your attention and won’t let go.

• “Lose 10 pounds in 3 days without doing exercise or changing your diet!” (Similar to the Vacupants claim — see how much things have changed?)

• “Lose all the weight you want eating junk food!”

• “This miracle food speeds up metabolism!”

Most common now are diets that spout the total avoidance of a food or even entire food groups. Think about carb- and sugar-phobia that lumps empty-calorie foods together with great foods like beans and fresh fruit. Or the keto diets that demonize most carbs, including whole grains and most fruits and vegetables, and hold the state of ketosis on a pedestal. In truth, ketosis is something that should generally be prevented, not promoted.

Then there’s the scare-tactic approach:

These sensational promises, extreme claims, and headline-grabbers exploit people who are vulnerable, undereducated or just misinformed. Someone with a health issue, including someone trying to lose weight, is vulnerable, even desperate for a solution, making them easy prey for junk science purveyors.  Health issues are sensitive, lots of emotions are involved, making them vulnerable to quick-fixes, magic bullets, and instant cures – just the type of stuff that makes up fad dieting.

Educated people aren’t insulated either. “Vacupants” was marketed as a quick weight loss method.  Laugh if you must, I once had a patient, an educated woman, who admitted she’d bought this gizmo. No, they didn’t work. She’d have been better of if she’d put on some actual sweats and gone walking for half an hour a day instead.

We all like being told something that fits with our values or what we’d LIKE to be true.  Eating junk can be over in a flash but believing junk can continue for years. 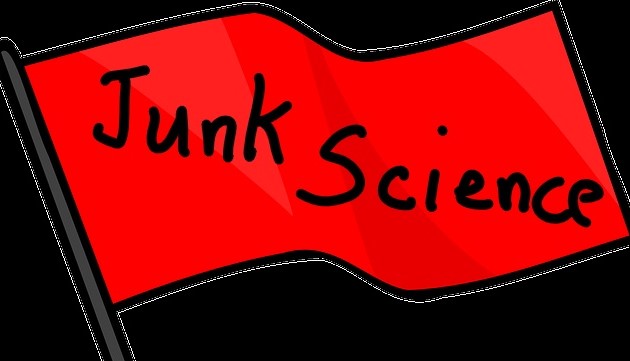 Tufts University does a nice job of explaining these in detail, but this is the Cuttothechase version:
1. Promises of a quick fix. File “miracle foods” under this one, too.
2. Danger warnings of a single food.
3. Claims that sound to good to be true. Hint: they are too good to be true.
4. Simple conclusions from a complex study. Oversimplifying often indicates taking results out of context or omitting caveats.
5. Recommendations based on a single study. If it cannot be replicated, it’s probably bogus or at least cherry-picked. Pass.
6. Statements refuted by reputable health organizations. If they’re reputable, they require solid evidence. Key word: solid. If they pass on the claim, you should, too.
7. Lists of “good” and “bad” foods. #ridiculous
8. Recommendations made to help sell a product or supplement. This doesn’t mean it’s junk, but if it’s good, check for lots of evidence and organizations that agree.
9. Research that is not peer reviewed. Big red flag for research that’s badly done.
10. Recommendations from studies that ignore differences among individuals or groups. There can be differences between genders, smokers vs. non-smokers, young and old age groups, the works.