“Processed foods” have become the new trans-fat. Nearly everyone talking about all processed foods hits them with a “nasty” stick. Technically, unless you bite an apple right from the tree or eat that raw egg directly after it’s laid (don’t do this), our food is processed in some way. If it’s peeled, chopped, cooked, dried, or just washed, it’s “processed”. 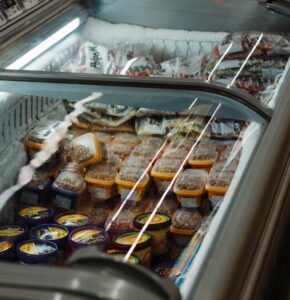 
Group 2, Processed culinary ingredients: Their purpose? “To make durable products that are suitable for use in home and restaurant kitchens to prepare, season and cook Group 1 foods and to make with them varied and enjoyable hand-made dishes and meals, such as stews, soups and broths, salads, breads, preserves, drinks and desserts.” Count vegetable oils, butter, sugar/molasses, corn starch, and iodized salt, here.


Group 3, Processed foods: The purpose of processing here is “to increase the durability of Group 1 foods, or to modify or enhance their sensory qualities.” Most canned foods: tomato products, vegetables in brine, fruit in syrup and canned fish. Interesting: also bacon, cured meat, and freshly-made bread (not packaged), even if made with refined flour, beer and wine.


The Focus on “Purpose” of Processing


This bumped me. It doesn’t relate directly to the content of the food and it makes judgements that strain credibility. An original commentary by the authors seemed more interested in why the food was processed, not how, with positive preference given to home-cooked foods and items over those that are “mass-produced”.


The NOVA guidelines appear to be heavily weighted on a “food philosophy” that isn’t necessarily grounded in science. Much of the claims made about the “associations” between consumption of UPFs and health issues is based on studies using observational data. Such studies are easy to do, but only capable of generating a hypothesis, not showing cause-and-effect.

>White rice and regular, dry pasta: considered “minimally processed,” despite being made with refined grains.

>White bread prepared in a bakery: “processed”, but if “nationally mass-produced” it’s UPF, even if it’s whole grain bread.


>Breakfast cereal: A box of shredded wheat is minimally processed. Add a speck of sugar or salt and it’s a UPF, even if the sugar level is low enough to qualify for inclusion in the Women, Infants and Children (WIC) approved list.  Ditto corn flakes.


>Frozen dinners: All classified as UPFs, despite plenty of healthful options now. Is a low-calorie, high-protein dinner of baked fish or chicken, roasted potatoes, and mixed vegetables packaged in a convenient container for microwaving “ultra-processed” when all it’s really doing is saving a single person from having to make a meal from scratch? Such convenience makes it easier for persons who are single or elderly, to eat healthfully. Not all households are families with children.


>Bacon and cold cuts are “processed” but sausages are UPFs.


Yes, population studies suggest that people who eat fewer UPFs may be less likely to be obese or diabetic, but these types of studies are not capable of showing cause-and-effect, although they’re often (mis)interpreted that way.  The authors’ statement, “ultra-processed products and their makers are also causing social, cultural, economic, political, environmental and other problems” makes a big leap that has no scientific basis.


The authors’ claim that one negative of Group 4 foods, is that they’re “packaged attractively” and “marketed intensively”, almost suggests an evil plot is going on. These characteristics make ANY food more desirable.  The authors almost seem “anti-convenience”. Their push for home cooking from scratch suggests a disconnect with the reality of today’s lifestyles. Producers recognize that convenience is a bigger priority for consumers and they’ve responded with more options, including many healthful ones.


The NOVA system contains some science, and a lot of philosophy, and seems to suggest consumers are “victims”. While NOVA doesn’t favor food processing technology, but it’s worth wondering if they’d have developed NOVA without use of technology that made their research more convenient. Just a thought.


NEXT POST: New study says we’re eating more UPFs. But could that be GOOD?