It’s shocking and enlightening, and it’s what the International Food Information Council’s (IFIC) 2022 Food and Health Survey is saying about consumers’ attitudes.  IFIC has been doing this survey for over a decade, but this year’s survey, conducted in March and April, dug deep. 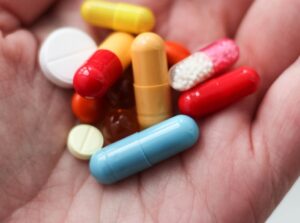 Photo by Ksenia Yakovleva on Unsplash


Given the choice of taking medication or changing our lifestyles, a whopping 38% of adults overall preferred the medication, versus only 16% a decade ago — an increase of nearly 140%!


Don’t be quick to assume this increase is because the population is aging – the YOUNGER the consumer, the MORE LIKELY to want to fix it with a pill rather than a lifestyle change. Nearly half (49%) of younger adults, ages 18-34 years in 2022 preferred medication. The Boomers were more likely to play the long game and make changes in their lifestyles.


Why? The survey couldn’t answer that question, but several reasons are possible, including more direct-to-consumer marketing of medications now, so consumers are more familiar with medications that could treat chronic diet-related health conditions, such as diabetes, hypertension, heart conditions, and bowel problems, among others.


What DO Consumers Want From Food?


More than just good taste and basic nutrition, consumers want food to perform for them, especially give them more energy and less fatigue (37%). Three in 10 consumers also wanted food to help with weight management. But they don’t’ want a “diet”. In fact… 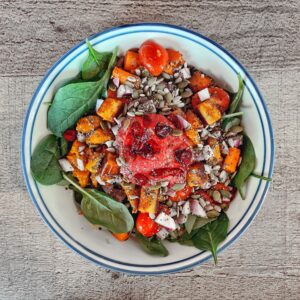 Photo by abillion on Unsplash


Interesting that these have no formal definition. That leaves each person to define for themselves what it means to eat that way. All good and well, but it can also result in all manner of interpretation and MIS-interpretation.
Some traditions die hard though – about 1 in 8 consumers find comfort in just counting their calories. 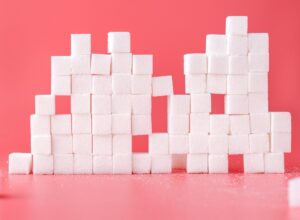 
For those sticking with sugar, they said it’s because they just like the taste it brings to food and drinks.

This does throw water on those who perpetuate the concept of “sugar addiction.” The numbers just aren’t there and the “sweet tooth” seems to decline with age, if the respondents in this survey are any indication. Hope springs eternal!


A majority – nearly 6 in 10 consumers – had concerns about food waste. Most said they felt it wasted their money but half also reported that the food insecurity of others was a concern.


Consumers appear to be waking up here. About 30-40% of the food in America goes to waste. Some may think this happens during processing, but according to a 2017 report issued by the Commission for Environmental Cooperation (CEC), an organization established by the governments of Canada, Mexico, and the United States, most food waste happens at the consumer level.

Consumers appear to be waking up to this fact, and there will be more on this in a future post.