I can’t count the times people have said to me, “this is the way everyone should be eating.” RIDICULOUS. The world is round. And there IS more than one eating style that’s good for your health.

This study looked at four eating styles known for their healthfulness:

• The Healthy Eating Index 2010 (HEI 2010), is based on the 2010 US Dietary Guidelines for Americans. It focuses on fruits, veggies, legumes, whole grains, low-fat dairy foods and lean meats and other proteins.

• The Alternative Healthy Eating Index (aHEI), based on HEI-2010 but de-emphasizes meat and dairy foods.

• The Alternative Mediterranean Diet (aMED) focuses specifically on markers of inflammation and cardiovascular health. Its score does not consider dairy intake or potatoes and gives credit for less consumption of red and processed meats.

• Dietary Approaches to Stop Hypertension (DASH diet), developed to reduce hypertension with diet, it encourages plenty of fruits, vegetables and low-fat/fat-free dairy foods but nothing is excluded.

The researchers wanted to compare each eating style’s impact on the gut and the diversity of healthy gut bacteria.

ALL four eating styles benefitted the gut – and in mostly similar ways.  The authors found the results showed “strikingly consistent patterns.”  People with higher scores on all four eating styles had less “bad” bacteria – the ones associated with inflammatory diseases like irritable bowel syndrome, diabetes, even colon cancer.

Interestingly, the HEI-2010 – the more moderate of the eating styles studied and the one based on the 2010 Dietary Guidelines, was the only one of the four eating styles associated with lower amounts of harmful Escherichia-Shigella and Enterobacter, two species associated with diet-related conditions linked to systemic inflammation.

Higher scores on all the eating indices were also associated with a greater richness of beneficial fiber-fermenting bacteria in the gut.

For gut-geeks like myself, this study is incredibly interesting.  To consumers and “normal” people, here’s what it really means:

All studies have limitations, but this one has fewer than most. Most observational studies like this look only at initial dietary intake and then analyze outcomes a decade or more later, not knowing if diets changed during the interim.  This study took dietary intake at the enrollment and also during a return visit in 2013-2015, at which time the subjecfts also provided a stool sample.

The least “restrictive” of these four eating styles is a split between DASH and the regular HEI.  They don’t exclude anything, emphasize balance and are probably the easiest to follow. Best of all, they produce good gut health. 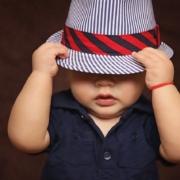 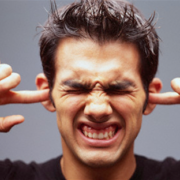